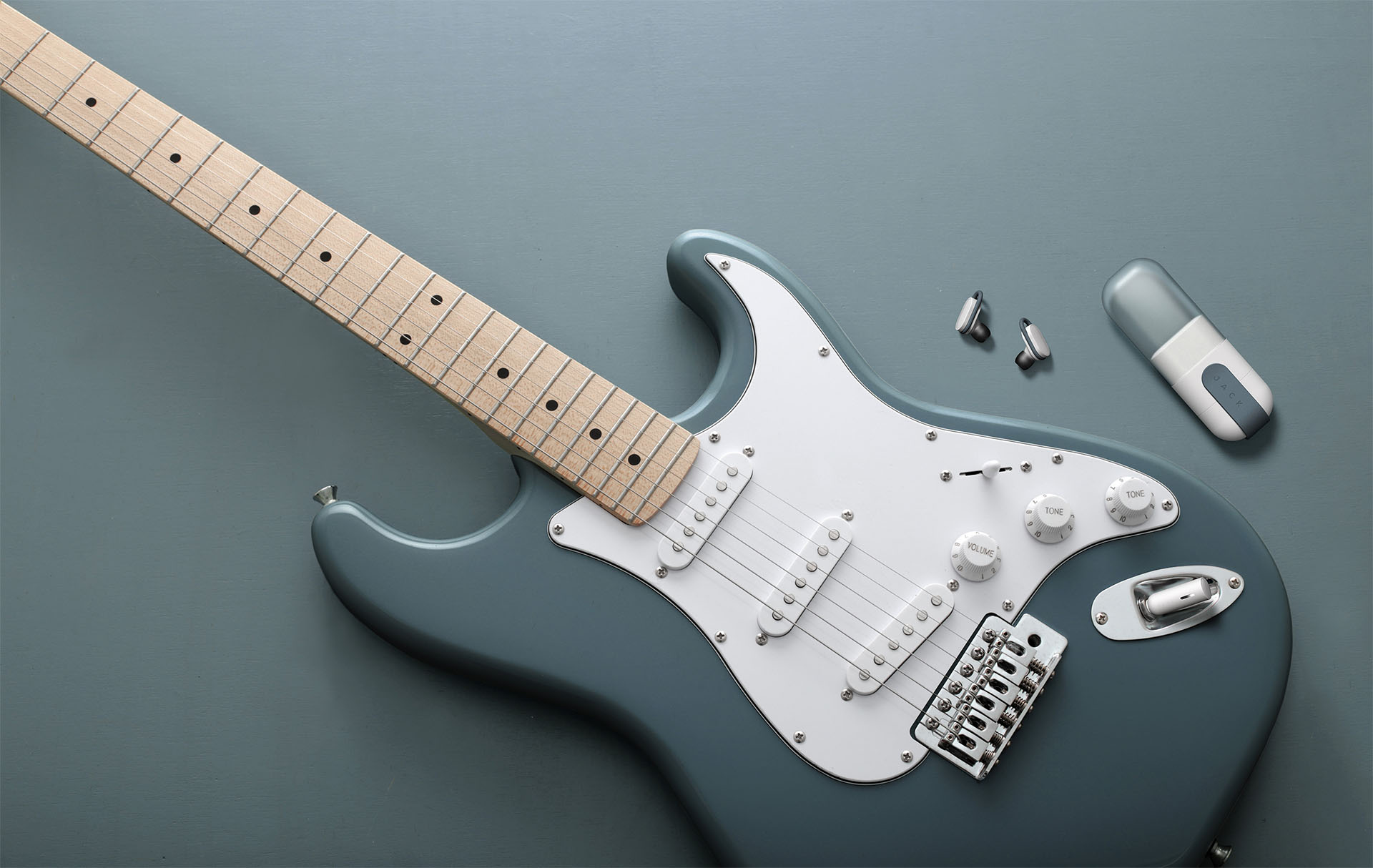 Jack is a wireless guitar headphone amplifier – a system that offers unlimited tones and effects, along with a truly cable-free practice experience. Combining wireless headphone technology with digital amp simulation, Jack enhances guitarists' practice sessions. As well as providing a discreet and portable way to practice any time and any place, it unlocks a world of tonal options that can replicate the sounds of any guitar, amp and effects pedal combinations. The system consists of 3 elements: a jack plug transmitter, noise-cancelling earbuds and a smartphone app.

The physical elements of the system are designed with simple tactile controls to keep the focus on playing the guitar. The jack plug's touch-capacitive tip switches between the user's active sound presets, letting them move seamlessly between tones mid-song. Gesture controls on left and right earbuds enable phone-free volume adjustment and backing track navigation.

Within the Jack app, users can build and fine-tune their sound presets with powerful tonal controls, limitless gear combinations and simulated effects. Emulators for real-world guitars, amplifiers, effects pedals and the distinctive sounds of guitar legends are available for purchase in the in-app store. Integration with music streaming services allows users to play along to tracks from their own music library and record their practice sessions for self-improvement. 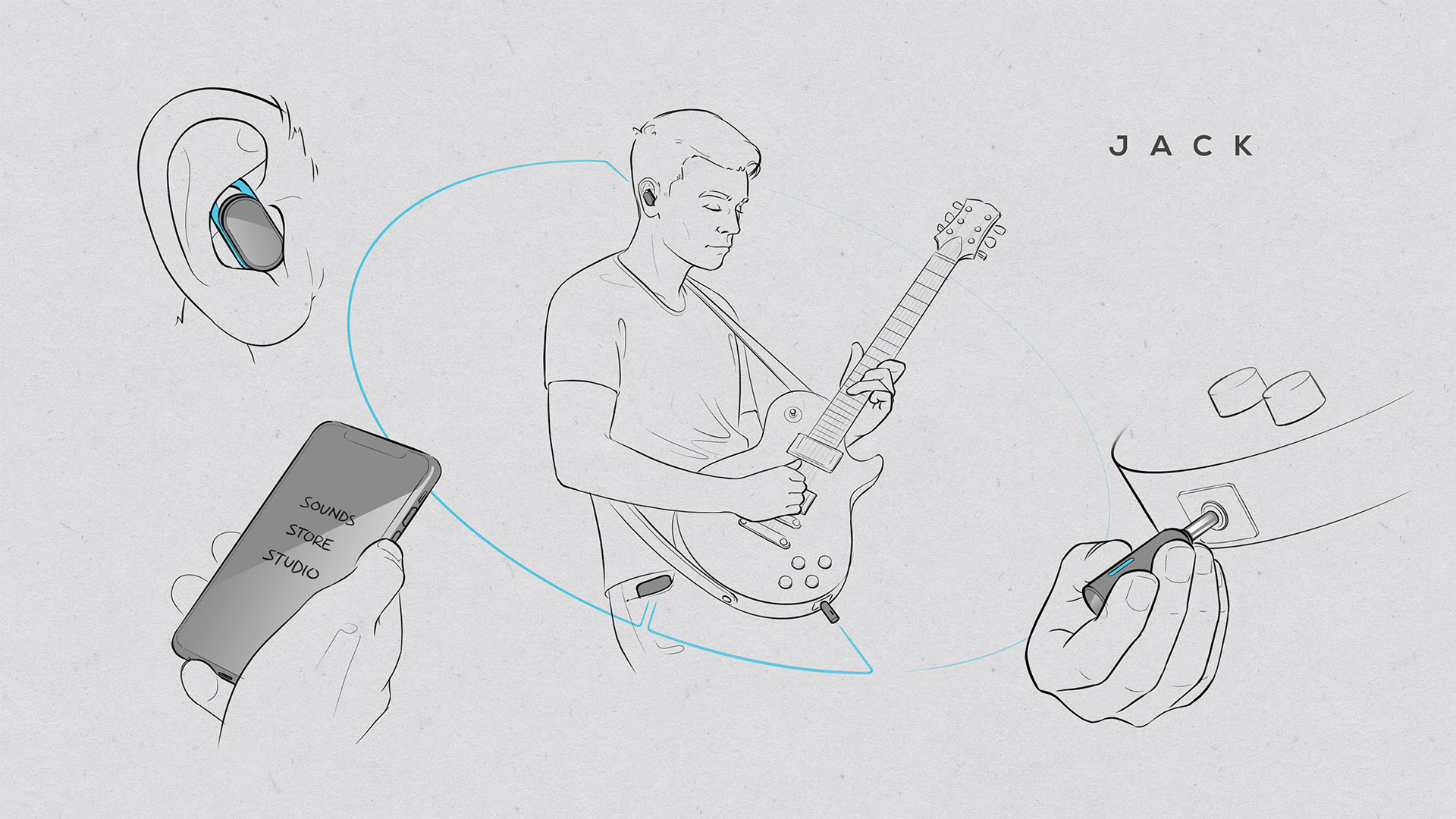 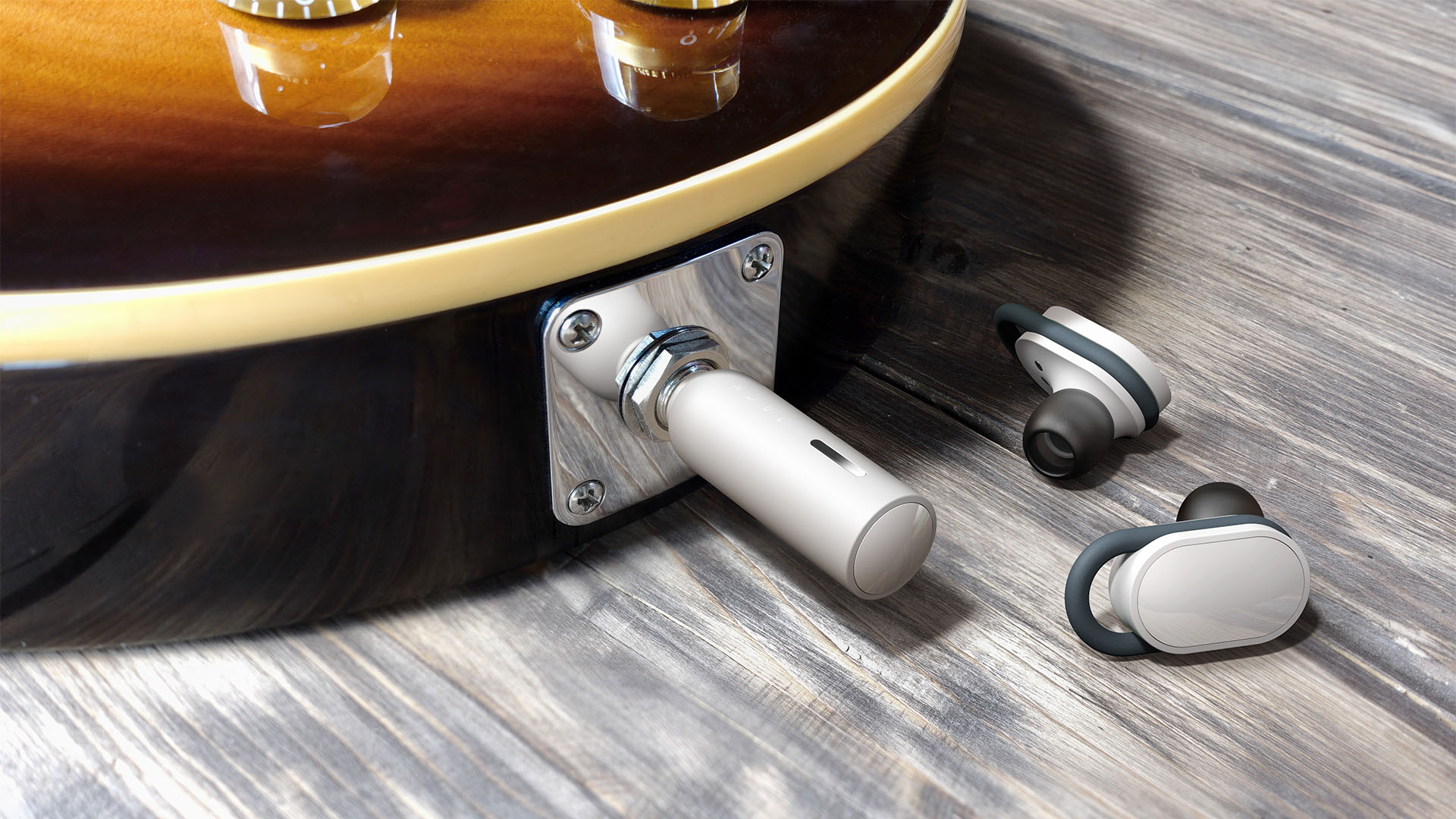 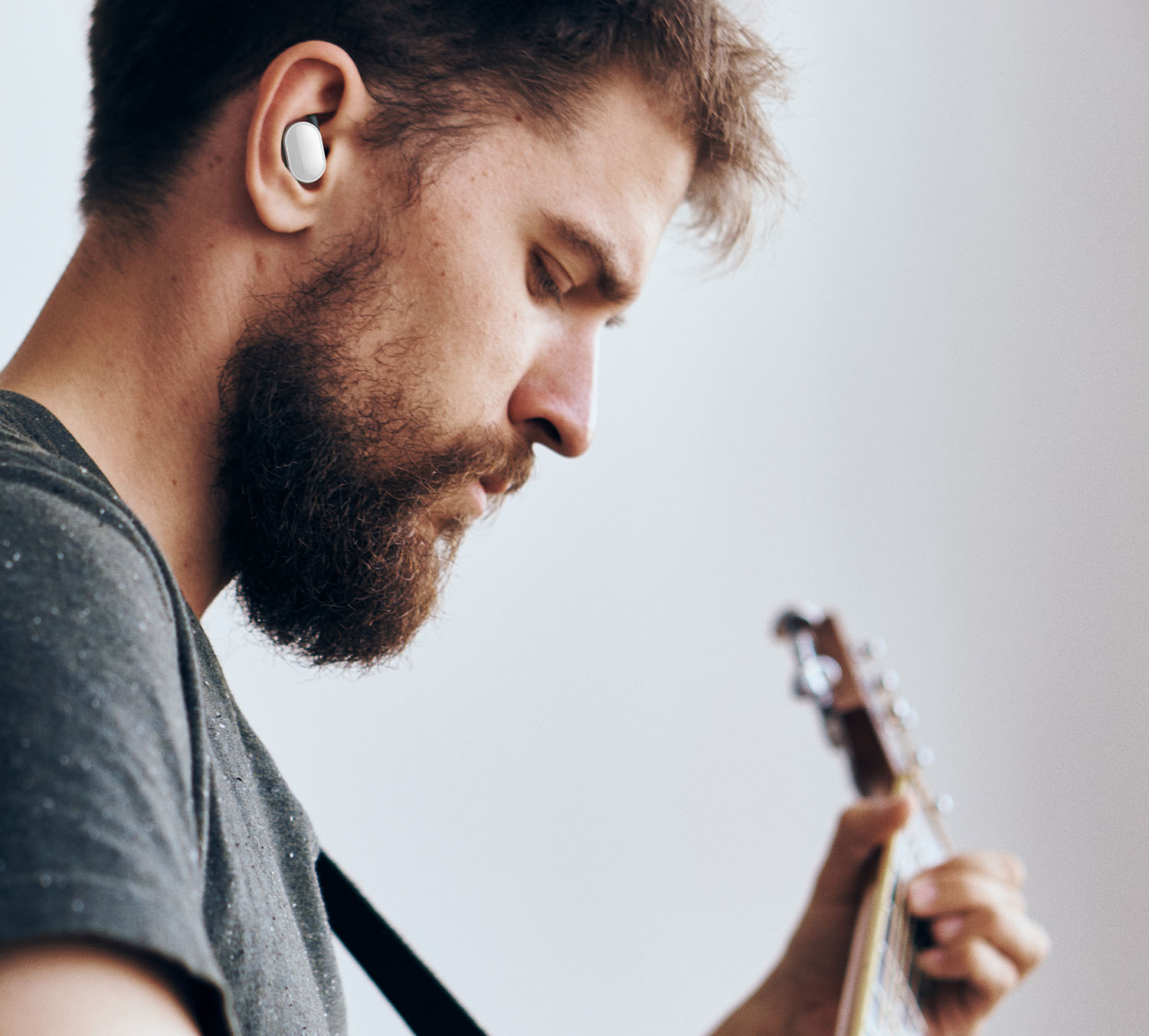 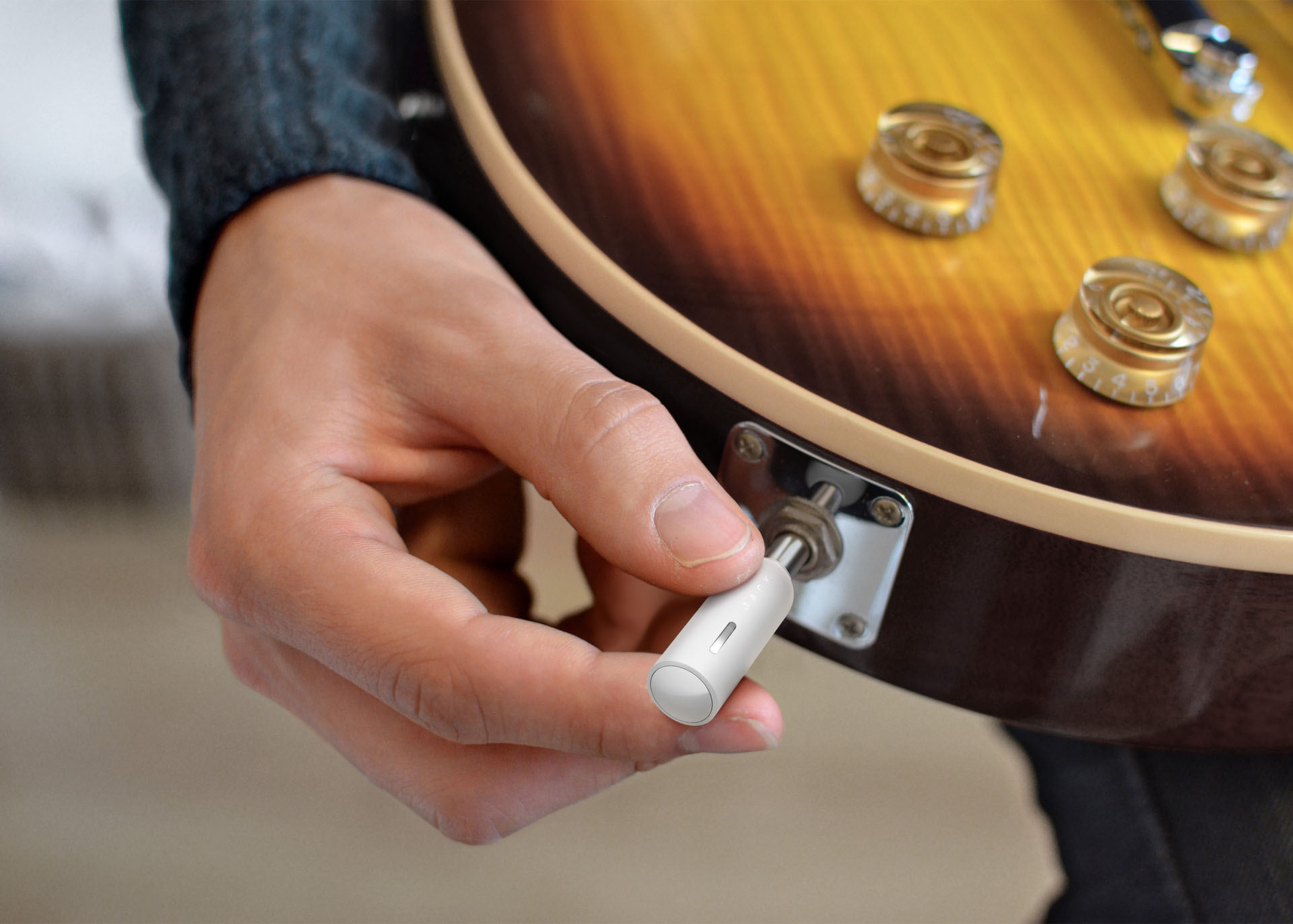 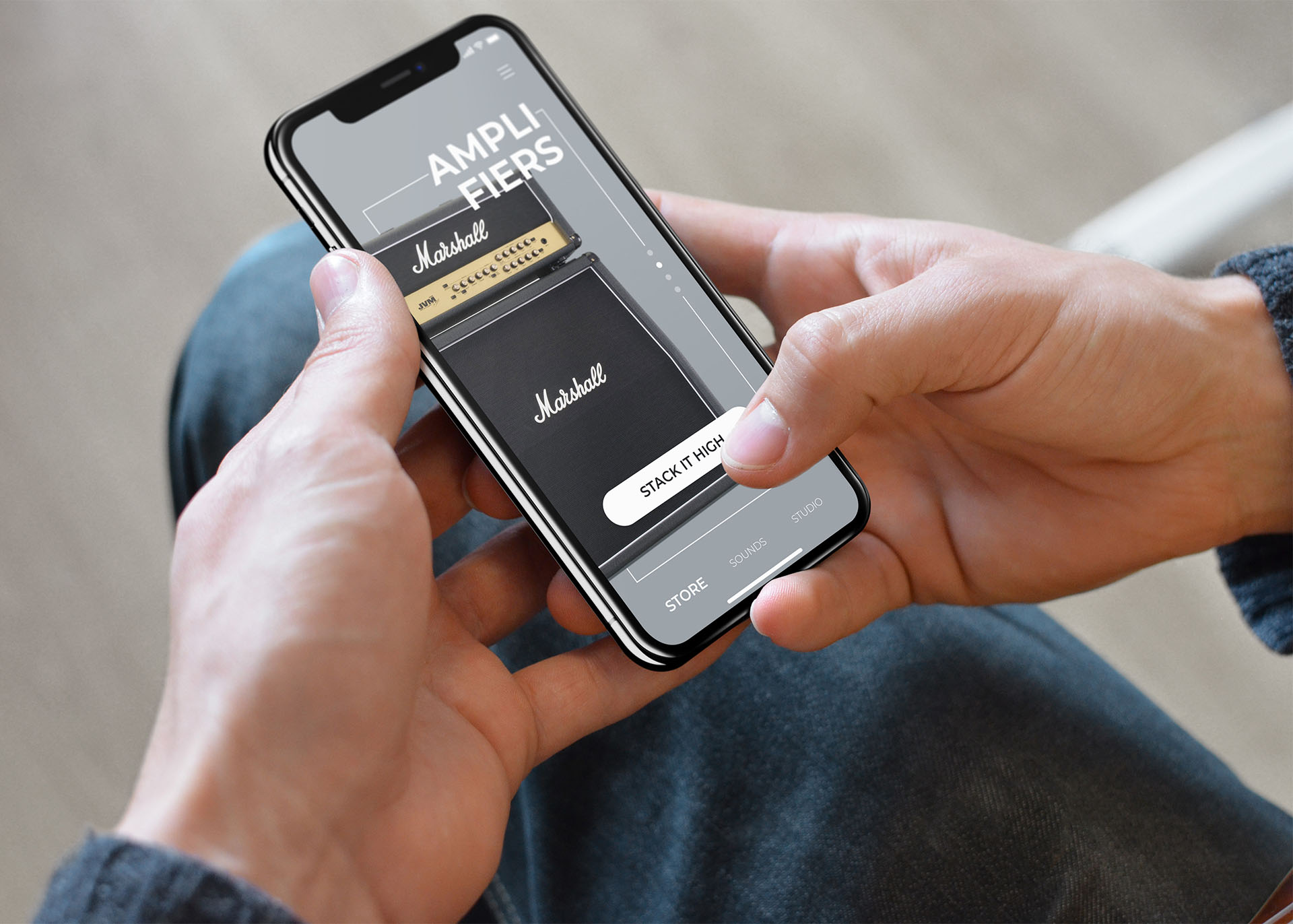 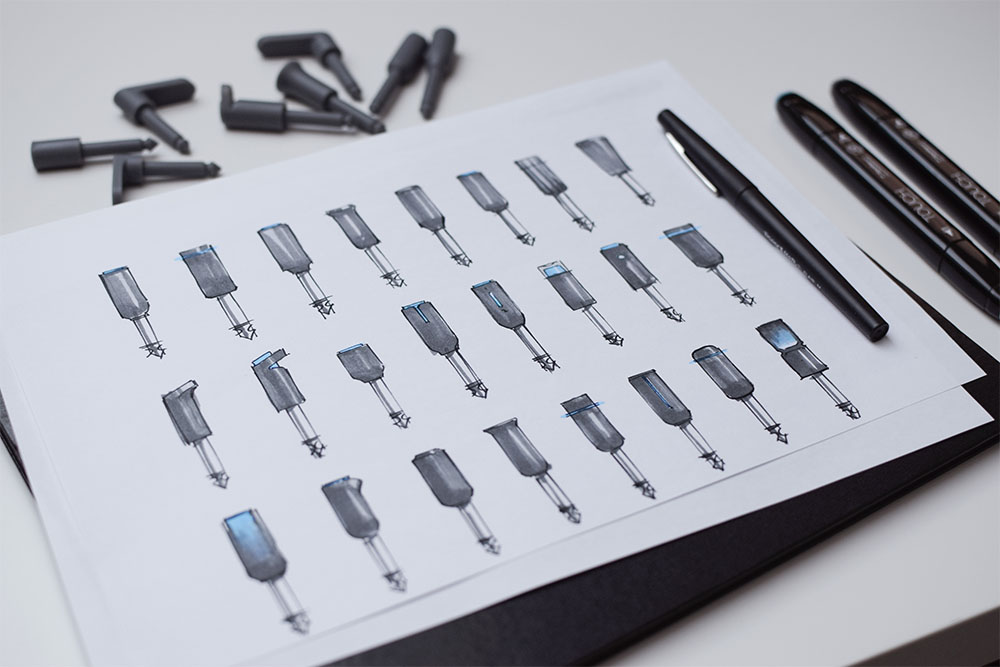 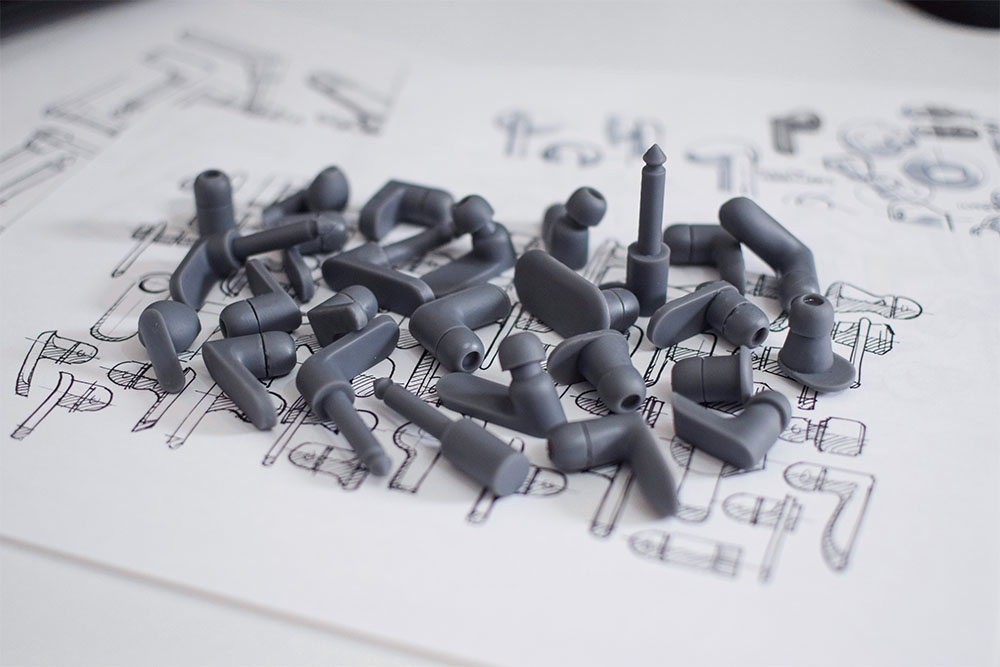 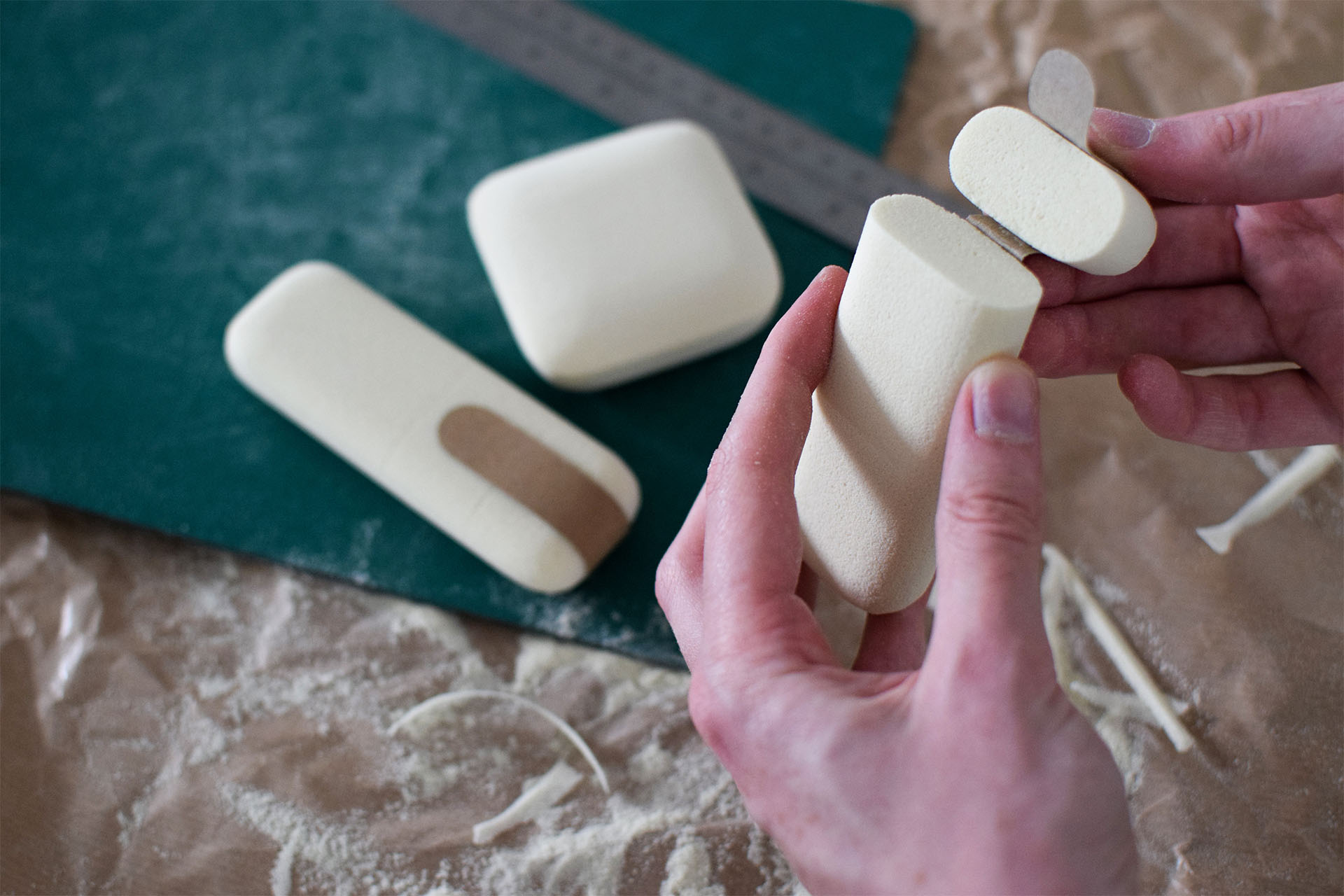